Wrapping up warm in Ireland

Ireland experienced ‘The Beast From the East’ earlier this month which basically means we got lots and lots of snow! Universities and colleges shut down for a few days and we used this opportunity to our full advantage. We ran a ‘layering up’ competition and got great snaps of students out in the snow all wrapped up with their newly built snowmen and igloos! Of course our main sponsorship ‘Ben & Jerry Ice cream’ flourished in this weather and we promoted the campaign by sharing videos and photos of a tub sleighing, putting on a hat and scarves etc. We also highlighted the impact that climate change was having on our weather and encouraged students to take our climate quiz to learn more.

Once students were back in college they went into full environmental mode. One of our partner universities, Dublin City University, banned plastic cups and glasses on campuses effective immediately and announced plans to become plastic free by the end of the decade. This decision was largely down to a student led campaign run by the Sustainable living society which gathered votes to pass a referendum to ban plastics in the college. Our SAVES 2 team was there the day they launched the new policy and had the privilege of meeting the students & staff who help push the policy, as well as, meeting the president of the University. Additionally, they hosted an information stand in the college as part of their Green week.

Next week we take energy saving to a whole new level as we have an information stand on USI annual congress consisting of 250 students from the various colleges in Ireland! 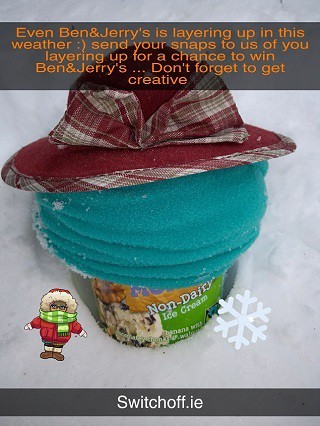